Five Things You Should Know About Fluoride in Your Drinking Water 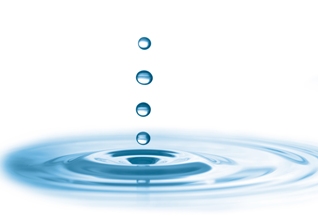 Fluoridation has been a public policy for so long that most people simply take it for granted. However, increasingly, scientists and public health officials are questioning just why this nationwide fluoridation needs to take place and what the long-term consequences of this will be. Read below to find out five things you should know about the fluoride in your drinking water.

Fluoride is a By-Product of Pollution

The promoters of fluoridation would like the public to believe that the fluoride that has been put into public water systems all over the country is naturally occurring. However, nothing could be further than the truth. The fluoride often takes the form of hydrofluorosilicic acid. This acid is mostly frequently a by-product of the phosphate mining and production industry, where strip-mined rocks is submerged in vats of sulfuric acid in order to rid the ore of its contaminants.
Fluoridation has been Banned in Many Countries

Although the Center for Disease control historically promoted fluoridation, dubbing it “one of the top ten public health achievement in the twentieth century”, not everyone outside the United States agrees with this assertion. As a matter of fact, the policy of fluoridation has been banned in a number of other industrialized countries such as France, Germany, Austria, Belgium, Denmark and Greece. In other nations such as the U.K., Switzerland, Norway and Spain, the practice has been virtually eradicated, with over 90% of the public water in these countries now unfluoridated.

Fluoride is a Suspected Neurotoxin

The Lancet, one of the oldest and most respected of peer-reviewed medical journals, has come out publicly and called fluoride a neurotoxin, which means that it adverse impact the neurological health and development of humans. The article goes on to state that neurodevelopmental issues like autism, attention deficit disorder and other impairments affect children all around the world, and suspect the fluoride and other industrial byproducts are likely linked to the rise in these disorders.

A former chief chemist from the National Cancer Institute, Dr. Dean Burk, has also discovered that biotin, a substance needed by the body for cell growth, fatty acid production, and metabolism of amino acids and fats, is impeded by the presence of fluoride. He was a passionate opponent of fluoridation and wrote in one of his papers that “fluoride causes more human cancer deaths than any other chemical”.

You Are Already Exposed to Fluoride in Other Products

Another question which many fluoride proponents refuse to answer is this: if you are able to get fluoride through toothpastes, mouthwashes and other oral health products, as well as the small amount of fluoride that natural occurs in water – why do you need it added to the water anyways? Millions of Americans already use fluoridated products in their bathroom every day.

The good news is, however, that it is fairly easy to go fluoride-free for the most part. You can buy a reverse-osmosis filter for your home – this is one of the best ways to ensure that fluoride is not in your home water supply. You can also buy many fluoride-free toothpastes, mouth washes and other products that will support good oral health while minimizing your exposure to the fluoride toxin.