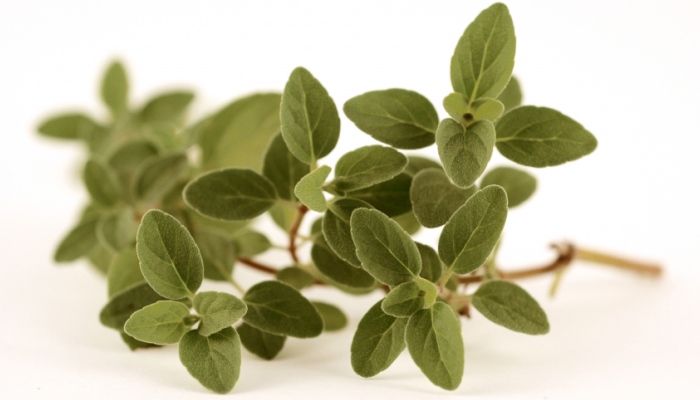 Oregano is one of the world's finest natural medicines, its power lying in the oil found in its leaves. 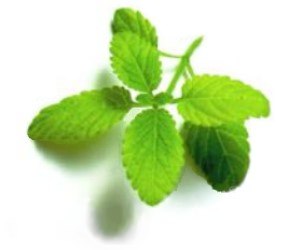 The name oregano derives from the Greek words oros, for "mountain," and ganos, for "joy" or "splendor." Not only is oregano a beautiful plant, but the mountainsides on which it grew were considered much more beautiful because of its presence. This aromatic herb is a perennial that grows wild in the mountains in areas free of pollution and flourishes in late summer in warm, sunny fields. Oregano is usually thought of as a culinary herb, but its medicinal properties have been understood and used for thousands of years. But beware: The related herbs thyme and marjoram sold in most North American supermarkets are often mislabeled as oregano and do not possess wild oregano's miraculous healing properties.

Tea made with oregano for loss of appetite, nervousness, indigestion, bloating, flatulence, coughs, urinary problems, bronchial problems, headaches, swollen glands, and to promote menstruation. It has also been used in the past to relieve fevers, diarrhea, vomiting, and jaundice. Unsweetened oregano tea can be used as a gargle or mouthwash. Alternatively, the leaves can be dried, pulverized, and made into capsule form when it's inconvenient to make a tea.

Oil of oregano helps in the reduction of tooth pain. In fact, when poured into the cavity of the tooth, it acts as an analgesic. Oil of oregano is also a powerful fungicide and can be used to treat fungus and yeast infections, especially systemic, chronic, or recurrent fungus infection

Historically, oil of oregano superseded anti-inflammatory drugs in reversing pain and inflammation and is nearly as powerful as morphine as a painkiller. Externally, oregano leaves can be pounded into a paste. Add small amounts of hot water or tea to reach the desired consistency (oatmeal may also be added to thicken it if needed). This paste can then be used to relieve pain from rheumatism, swelling, itching, aching muscles, and sores. Oil of oregano can also provide immediate help for bee stings and venomous bites until medical attention can be reached. For tired joints and muscles, put a handful of oregano leaves in a coffee filter, mesh bag, or cheesecloth bag and run steaming bath water over it. Allow it to steep in the tub with you as you relax in the warm, fragrant water. Oil of oregano has even been suggested as a treatment for dandruff, diaper rash, and other skin disorders.

Oregano has high antioxidant properties. It is proven that it has more antioxidants than blueberries and apples. These healing properties help to prevent cancer and can slow down aging.
Oregano has powerful anti-inflammatory properties and can be used effectively in place of pharmaceutical products for headaches, flu, sprains, strains and swollen glands.
Oregano is beneficial for Chronic Fatigue Syndrome. It can also be used for general fatigue alleviation and in cases of depression.
Oregano extract can help treat lung and sinus congestion. Mix a few drops with citrus juice or water and drink daily. You should notice a great improvement in a few days.
Oregano is a natural treatment for yeast infection.Women prone to reoccurring vaginal yeast infections can benefit from taking oregano supplements.
Oregano oil is highly effective as a topical treatment for bug bites, rashes, even poison ivy. Just dilute the oregano oil with olive oil.
Oregano tea when consumed regularly can help to increase flexibility in your joints and muscles.
Oregano oil is a good remedy for mild indigestion. You can mix a few drops of oregano oil to a small glass of milk or juice.
Oregano can help slow the process of spoilage of food and thus minimizing the risk of ingesting harmful bacteria, parasites and fungi.

Oregano for cooking: Oregano is one of the few herbs or spices that has a stronger flavor when dried than fresh. When using fresh oregano, you will probably need to use three times as much to achieve the same intensity of flavor. Oregano herb goes well with tomato sauces, lamb, cruciform vegetables (broccoli, cauliflower, etc), as well as zucchini and of course about any pizza. Other spices that go with oregano are garlic, parsley, sage, thyme, pepper, basil, and dried onions.

Another important benefit of oregano in cooking is the facts that the volatile oils in oregano used during food processing may have an important role in preventing the spoilage of food and in reducing the risk of ingesting harmful bacteria, fungi, and parasites.

Oregano Tea: Dried or fresh leaf of oregano can be made into a tea by steeping 1 to 2 teaspoons (5 to 10 grams) in hot water for ten minutes. This tea can be consumed three times a day.

Tips when buying and using oregano oil: Make sure that the oil is derived from Origanum Vulgare, and that the carvacrol concentration is at least 70%. When Using oregano oil always follow the instructions on the bottle before applying topically, since highly concentrated oils may first need to be mixed with Olive Oil or Coconut Oil before application (usually one teaspoon of Olive Oil or Coconut Oil per one drop of Oil of Oregano).

There are some confusion regarding oregano and marjoram because they are so similar in smell and flavor that they are often mistaken for the same plant, though botanists tell us that they are really quite different. Some oregano supplements are very concentrated, particularly the liquid form. Some shops sell oils with a trace of oregano and blend it with other herbs. This would not give the desired effect.

Caution:
Digestive distress may occur with too high a dose. This may be prevented by taking oregano supplements with a meal. Pregnant or nursing women should avoid supplements of oregano.