How Our Body Works 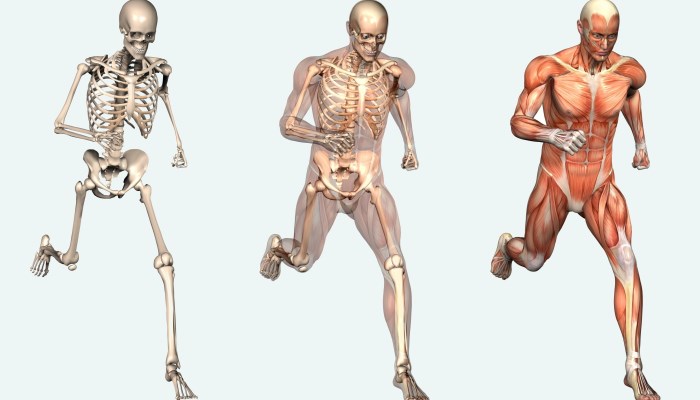 It is obvious that humans are not the only life-form or organism residing on this planet. In fact, we are only one of several million different species of organisms.

Organisms include everything from mammals, birds, reptiles, and insects, to plants, bacteria, fungi, and yeast. But bear in mind that even though organisms such as a tomato plant and an octopus may seem completely different, they have numerous similarities which strongly suggest a common ancestry for all life-forms co-habilitating Earth, which includes humans. On the other hand, we humans have numerous features that are shared with only a few other species, namely apes, and further still we enjoy other features that no other species enjoys. In this chapter we will answer basic questions about the human body and how it works. This is critical because before you can know how to nourish the body, you need to know what it is and how it functions.

What Are Cells?
Among the millions of species on this planet, the cell is the common denominator. Cells are the most basic living unit. In many species, such as bacteria and amoeba, the entire organism consists of a single isolated cell. But for plants and animals, including us, the organism exists as a compilation of many cells working together. In fact, every adult human is a compilation of some 60 to 100 trillion cells. As a rule of nature life begets other life and thus all cells must come from existing cells. This is to say that in order to create a new cell, an existing cell has to divide into two cells. It also suggests that all life-forms on Earth may be derived from the same cell or type of cell. The process of cell division is tightly regulated and, as we will discuss in later chapters, when this regulation is lost and cells divide out of control, cancer can arise.

When you and I were conceived, an egg (ovum) from our mother was penetrated by our father’s sperm. This resulted in the formation of the first cell of a new life. Therefore, everyone you know was only a single cell at first. That cell had to then develop and divide in two cells, which themselves divided to create four cells, and so on.

Our body is composed of 60 to 100 trillion cells, each of which contributes to overall health and well-being.

The term cell implies the concept of separation. Each cell has the ability to function on its own. In living things composed of numerous cells, such as humans, individual cells are also sensitive and responsive to what is going on in the organism as a whole. Therefore, these cells survive as independent living units and also cooperatively participate in the vitality of the organism to which they belong.

What Do Cells Look Like?
Human cells can differ in size and function. Some are bigger and some longer, some will make hormones while others will help our body move. In fact, there are roughly two hundred different types of cells in our body. Although these cells may seem unrelated, most of the general features will be the same from one cell to the next. Therefore, we can discuss cells by describing the features of a single cell. The unique characteristics of different types of cells such red blood cells, muscle cells, and fat cells will be described as they become relevant later in this chapter and book. Let’s begin by examining the outer wall, or more scientifically the plasma membrane of cells. The plasma membrane separates the inside of the cell from the outside of the cell. The watery environment inside the cell is called the intracellular fluid. Meanwhile, the watery medium outside of cells is called the extracellular fluid. Previously, it was noted that our body is about 60 percent water. Of this 60 percent, roughly two-thirds of the water is intracellular fluid while the remaining one-third is extracellular fluid, which would include the plasma of our blood.

What Is DNA?
DNA (deoxyribonucleic acid) is found in almost all the cells of our body. Within those cells DNA is mostly housed in the nucleus, while a much smaller amount of DNA can be found in mitochondria. DNA contains the instructions (blueprints) for putting specific amino acids together to make proteins. You see, the human body contains thousands of different proteins, all of which our cells have to build using amino acids as the building blocks. Without the DNA’s instructions, our cells would not know how to perform such a task. DNA is long and strand-like and organized into large structures called chromosomes. Normally we have twenty-three pairs of chromosomes in our nuclei. If we were to take a chromosome and find the end points of the DNA, we could theoretically straighten it out like thread from a spool. If we did so we would find thousands of small stretches called genes on the DNA. We have thousands of genes, which contain the actual instructions for building specific proteins.

Human DNA contains around twenty-five thousand genes, which code for proteins. Each person has a unique gene profile.

To oversimplify one of the most amazing events in nature, when a cell wants to make a specific protein, it makes a copy of its DNA gene in the form of RNA (ribonucleic acid). You see, DNA and RNA are virtually the same thing. However, one of the most important differences is that the RNA can leave the nucleus and travel to where proteins are made in cells—the ribosomes. At this point both the blueprint instructions (RNA) and the amino acids are available and it’s the job of the ribosomes to link (bond) amino acids together in the correct sequence.

What Does “Tissue” Mean, and Do the Tissues Throughout Our Body Work as a Team?
Humans are truly a complex array of organs and other tissues designed to support the basic functions and vitality of our body. We are able to process inhaled air and ingested food and regulate body content. We selectively take what we need from the external environment and eliminate what we do not need. We think, move about, and reproduce. Many of these operations occur without us even being aware of them. One other term we should be familiar with is tissue. Quite simply, tissue is composed of similar or cooperating cells performing similar or cooperative tasks. These cells may be grouped together to form fascinating tissues such as bone, skin, muscle, nerves, and blood.

Cells Produce Energy
Where Is ATP Made in Cells?
ATP is made in our cells by capturing some of the energy released from energy molecules when they are broken down in energy pathways. Most of the ATP made in our body is made in mitochondria (singular: mitochondrion). For this reason mitochondria are often referred to as the “powerhouses” of our cells. A relatively small portion of the ATP generated in our cells each day will be made in the intracellular fluid outside the mitochondria. As you might expect, cells with higher energy demands will have more mitochondria. This is certainly true for heart and skeletal muscle cells and cells within our liver.
What Does the Term Metabolism Mean?
Each and every second of every day our cells are engaged in the operations that help keep them alive and well. At the same time the efforts of each cell also contribute to the proper functioning of our body as a whole. To do so each cell must perform an incredible number of chemical reactions every second. The term metabolism refers to those chemical reactions collectively. The term metabolism is somewhat general. For instance, total body metabolism refers to all the energy released from all the chemical reactions and associated processes in our body. Said differently, total body metabolism is the total of all reactions taking place in each cell added together. However, if we wanted to describe just those chemical reactions within a specific tissue, such as muscle or bone, we would say “muscle metabolism” or “bone metabolism.” We can be even more focused and use the term metabolism to describe only those reactions associated with a single nutrient or nutrient class. For example, if we were discussing the chemical reactions that involve only proteins or carbohydrates, we would be discussing protein or carbohydrate metabolism, respectively. In general, chemical reactions and/or pathways will release energy. Ultimately, this extra energy will be converted to heat. Since body temperature remains fairly constant, the heat produced in metabolism must be removed from our body. Therefore, our total body metabolism can be estimated by measuring how much heat is lost from our body. .