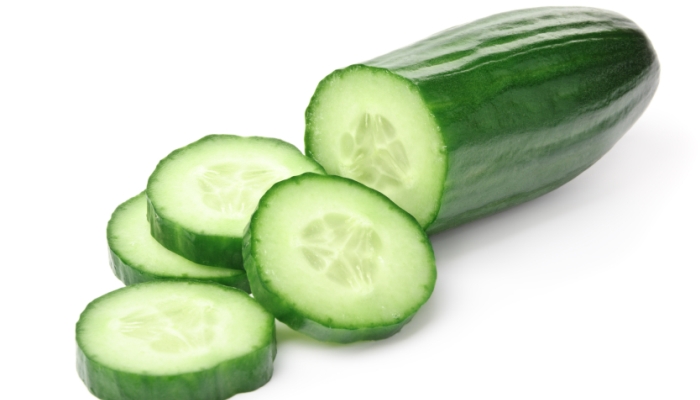 The cucumber (Cucumis sativus) is a widely cultivated plant in the gourd family Cucurbitaceae, which includes squash, and in thesame genus as the muskmelon. The cucumber is a creeping vine that roots in the ground and grows up trellises or other supporting frames, wrapping around ribbing with thin, spiraling tendrils. The plant has large leaves that form a canopy over the fruit.

The fruit is roughly cylindrical, elongated, with tapered ends, and may be as large as 60 cm long and 10 cm in diameter. Cucumbers grown to be eaten fresh (called slicers) and those intended for pickling (called picklers) are similar. Cucumbers are mainly eaten in the unripe green form. The ripe yellow form normally becomes too bitter and sour. Cucumbers are usually over 90% water.

Having an enclosed seed and developing from a flower, botanically speaking, cucumbers are classified as fruits. However, much like tomatoes and squash they are usually perceived, prepared and eaten as vegetables.

Benefits of Cucumber
Cucumber is a great folk medicine used to reduce heat and inflammation. It can be eaten raw, pickled or used in cooking. This cool fruit is popular among women because it is normally used to help treat tired eyes.

- The potassium content of cucumber makes it highly useful for conditions of high and low blood pressure.
- Cucumber contains erepsin, the enzyme that helps to digest protein.
- The high silicon and sulphur content of the cucumber is said to promote the growth of hair, especially when the juice of the cucumber is added to the juice of carrot, lettuce and spinach.
- A mixture of cucumber juice with carrot juice is said to be beneficial for rheumatic conditions resulting from excessive uric acid in the body.
- Cucumber juice is also valuable for helping diseases of the teeth, gums, especially in cases of pyorrhea.
- The high mineral content of this vegetable also helps to prevent splitting of nails of the fingers and toes.
- Cucumber, radish and bitter gourd are beneficial in diabetes.
- Cucumber is best natural diuretic known, secreting and promoting the flow of urine.
- Helps in kidney and urinary bladder disease.
- Liver disease
- Pancreatic disease

Cucumber for Eyes
It is believed that cucumber helps in reducing swelling around the eyes or the big dark circles under your eyes. This is world-wide treatment which is being used to its maximum extent.

Cucumbers are the most wonderful and natural eye pads you can find for yourself. The puffiness and the tiredness in your eyes may just leave you, if you do this in a relaxed fashion. These natural eye pads do wonders after a long days work.

Cucumber for Skin
If you want a happy skin, then cucumber is the answer. As cucumber and the skin share the same level of hydrogen, it becomes easier for cucumber to mask all the problem areas. It helps in soothing and softening your skin which can get you relaxed in no time.

With so many useful ingredients in cucumber it can help you in treating so many skin problems. It has become part of daily beauty product into face packs, facials, juice and many other things which can affect your skin.

Due to its cooling effect it can be termed as a magic wand for all your skin problems. The cleaning and cleansing property helps your skin tremendously making it soft and supple. The regular intake of cucumber juice is very useful both internally and externally. 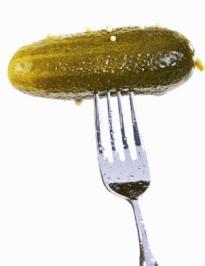 There appears to be variability in the human olfactory response to cucumbers, with the majority of people reporting a mild, almost watery flavor or a light melon taste, while a small but vocal minority report a highly repugnant taste, some say almost perfume-like. The presence of the organic compound phenylthiocarbamide is believed to cause the bitter taste.

Various practices have arisen with regard to how bitterness may be removed from cucumbers. Among these a very common practice popular in India includes slicing off the ends of a cucumber, sprinkling some salt, and rubbing the now-exposed ends of said cucumber with the sliced-off ends until it appears to froth. Another such urban legend states that one ought to peel a cucumber away from the end that was once attached to a vine, otherwise one risked spreading the bitterness throughout the cucumber.

Pickling
Cucumbers can be pickled for flavor and longer shelf-life. As compared to eating cucumbers, pickling cucumbers tend to be shorter, thicker, 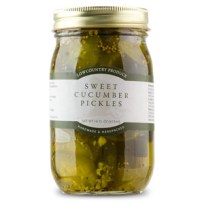 less regularly-shaped, and have bumpy skin with tiny white- or black-dotted spines. They are never waxed. Color can vary from creamy yellow to pale or dark green. Pickling cucumbers are sometimes sold fresh as “Kirby” or “Liberty” cucumbers. The pickling process removes or degrades much of the nutrient content, especially that of vitamin C. Pickled cucumbers are soaked in brine or a combination of vinegar and brine, although not vinegar alone, often along with various spices. Pickled cucumbers are often referred to simply as "pickles" in the U.S. or "Gherkins" or "Wallies" in the U.K, the latter name being more common in the north of England where it refers to the large vinegar-pickled cucumbers commonly sold in fish & chip shops. (Although the gherkin is of the same species as the cucumber it is of a completely different cultivar.)