Ginkgo biloba trees are supposed to be the oldest trees on the Earth, living since the age of the dinosaur. It is the a lone survivor of the 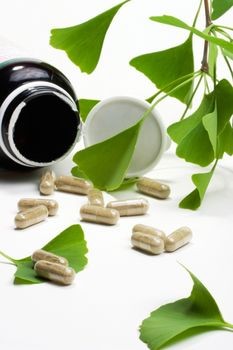 plant family that existed 200 million years ago. Hence, Ginkgo biloba is also called as 'living fossil.' 200 million years ago, they were found on every part of the Earth; but as time passed, they survived only in the far east regions. China is the main habitat of these trees, and in historical times, China was considered as their origin. In those days, the Ginkgo biloba was used for medications and culinary purposes. There are written evidences that these trees existed in 19th century. However, it was only in 1916 that the tree was discovered in a valley in China. These trees are predominantly found near the temples in China.