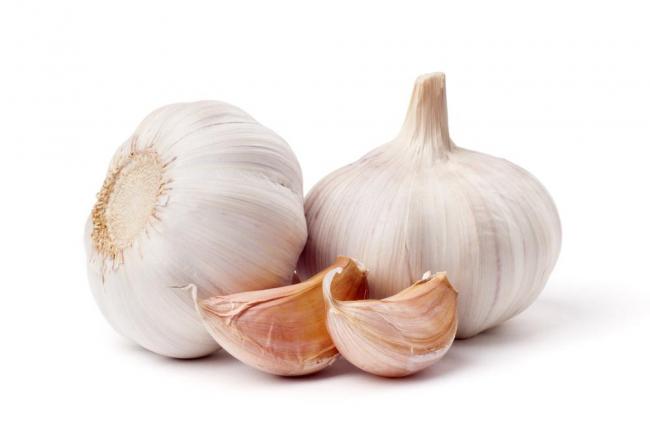 Colorectal cancer includes colon and rectum cancer, and is the third most common cancer type and the second leading cause of cancer deaths in the U.S.

In late 2015, long after colon cancer has been diagnosed to numerous people, the International Agency for Research on Cancer (IARC), which is part of the World Health Organization (WHO), found that processed meat can be the cause of it, classifying it as a Group 1 carcinogen.

It is estimated that this year, the number of new colon cancer cases will be over 95,000.

The function of the large intestine, or the colon, is essential for the overall health. It helps the formation, storage, and elimination of waste, and also contains billions of bacteria, which maintain a healthy balance in the body.

Apparently, colorectal cancer is often preventable. According to the findings of a study published in Pharmaceutical Research, only 5 percent to 10 percent of cancer cases are due to genetic defects, and the rest are caused by environment and lifestyle factors.

Researchers found that up to 35 percent of cancer-related deaths are caused by unhealthy dietary habits, another 30 percent are due to tobacco, 20 percent due to infections and the rest due to other environmental factors such as exposure to radiation, environmental pollution, stress, and low physical activity levels.

According to the American Institute for Cancer Research (AICR), about one-third of the most common U.S. cancer cases are preventable by maintaining a healthy weight, eating a healthy diet, and being physically active.

If one improves these lifestyle factors, the risk of colorectal cancer will be reduced by 50%. The following 10 steps will be of great help in lowering your chances of developing colorectal cancer:

Vegetables are high in antioxidants and other disease-fighting compounds, such as magnesium.

According to one meta-analysis, every 100-milligram increase in magnesium intake lowers the risk of a colorectal tumor by 13 percent, and the risk of colorectal cancer by 12 percent. The anti-cancer properties of magnesium are believed to be due to its ability to reduce insulin resistance, which prevents the development of tumors.

Vegetables are also rich in dietary fiber, and studies have shown that people who consume more vegetables have lower cancer rates.

Moreover, plant chemicals called phytochemicals can reduce inflammation and remove carcinogens, while others regulate the rate of production of cells, maintain DNA, and eliminate old cells.

Cruciferous vegetables are rich in sulforaphane, which is a naturally occurring derivative of sulforaphane, and is scientifically proven to be able to suppress the growth of colon cancer-derived tumors.

You should also consume fruits moderately. One study has found that dried plums (i.e. prunes) may reduce the risk of colon cancer by building the gut bacteria.

Vitamin D deficiency is one of the main causes of colorectal cancer. The journal Gut published a study which found that people with higher blood levels of vitamin D have a reduced risk of developing colorectal tumors.

Namely, this vitamin boosts the immune system, and thus prevents the growth of cancerous tumors.

Optimize the levels of vitamin D, which should be in the range of 50-70 ng/ml, by regular sun exposure, use of a high-quality tanning bed and/or supplementation with a vitamin D3 supplements.

Processed meats include salami, ham, bacon, hamburgers, hot dogs, sausages, pepperoni, pastrami, and all those preserved by smoking, curing, salting, or the addition of chemical preservatives.

The main issue is that they have been added nitrates as a preservative, coloring, and flavoring.

Nitrates are often converted into nitrosamines, which elevates the risk of certain cancers. According to AICR, “there is no safe threshold” for the consumption of processed meats.

Numerous laboratory studies have shown that garlic destroys cancer cells. One study found that women who regularly consume it lowered their risk of colon cancer by 35 percent.

People who regularly consume it in high amounts have a reduced risk of stomach and colorectal cancers. Moreover, the intake of an extract of aged garlic for 6 months improved the immune function of individuals with inoperable forms of colorectal, liver, or pancreatic cancer.

Remember to crush and chop the raw garlic before use, as this will stimulate the release of an enzyme called alliinase, which catalyzes the formation of allicin, which in turn quickly breaks down to create numerous organosulfur compounds.

Therefore, to enjoy the countless medicinal properties of garlic, compress a fresh clove with a spoon before swallowing it, juice it in the juicer, or chop it finely for salads.

According to a 2005 study, dried plums “favorably altered … colon cancer risk factors” in rats, possibly because they are rich in dietary fiber and polyphenolics.

Vegetables are the richest source of fiber and make sure you also consume more chia seeds, flax seeds,  psyllium seed husk, and hemp seeds, as they are rich sources of soluble and insoluble fiber.

Studies have shown that people who eat the most red meat (in one study this was five ounces a day) have a 24 percent higher risk of colorectal cancer than those who eat the least.

Yet, this meat is not the issue, but the way it is cooked. For example, grass-fed beef is rich in cancer-fighting compounds.

Yet, glyphosate, the active ingredient in Roundup herbicide, has severely negative effects on healthy gut bacteria and is carcinogenic, and CAFO animals are typically fed grains contaminated with it.

The excessive use of tobacco and alcohol raise the risk of colorectal cancer, so make sure you limit it, and if possible completely avoid these unhealthy habits.

Researchers have confirmed that obesity elevates the risk for about a dozen different cancers, including colon cancer. According to a 2014 study which analyzed over 5 million people older than 16, every 11-pound increase in body weight led to an increased risk for 10 types of cancer.

Even the smallest amounts of weight loss significantly improve your health. Excess belly fat is related to a higher risk of colon cancer regardless of the body weight.

Numerous studies have shown that regular exercise can significantly lower the risk of colon cancer. One study found that physically active men and women have a 30 percent to 40 percent lower risk of developing colon cancer compared with inactive persons.

Exercise boosts the circulation of immune cells in the blood, which neutralize pathogens throughout the body, and destroy precancerous cells before they become cancerous.

The better their circulation is, the stronger is the immune system, so it becomes able to defend itself against infections and diseases such as cancer.

Advantages and disadvantages of the ways to diagnose colorectal cancer

If you consume a healthy diet and are physically active, it’s highly unlikely that you would develop colon cancer. Doctors often advise people over the age of 50 at average risk of colorectal cancer to make screening tests by flexible sigmoidoscopy every five years, or by colonoscopy every 10 years.

Individuals who are at higher risk, colonoscopies are effective, as early detection is essential and very useful in the case of colon cancer.

If you choose to make a flexible sigmoidoscopy every five years, you should know that it uses a shorter and smaller scope, so it does not see as far up into your colon, but is linked to fewer complications.

Ultrasounds are highly effective, but the overall, visual inspection is the most reliable way to check for colon cancer.

Colonoscopy is not only a diagnostic tool, but it can also represent a surgical intervention, as the doctor can snip polyps right away if you detect them in the early stages.

Yet, it is also true that 1 in every 350 colonoscopies does serious harm, and the death rate is one for every 1,000 procedures.

Moreover, about 80 percent of endoscopes are cleaned using Cidex (glutaraldehyde), which is not able to completely sterilize these tools, and might lead to infection. Instead, make sure the scope used is sterilized with peracetic acid to avoid the transfer of infectious material.

Cancer does not develop in an instant, so the beneficial changes in the lifestyle can potentially prevent it.

Actually, many of us already carry around microscopic cancer cell clusters in the body, but as long as our body is able to balance angiogenesis properly, it will prevent blood vessels from forming to feed these microscopic tumors, and cancer won’t develop.