Garlic is one of the most extensively studied herbal medications available. It has been thought to possess antimicrobial, anti-inflammatory, antifungal, antiprotozoal, antioxidant, antineoplastic, and antithrombotic properties that make its use as a general

tonic attractive. Recent research has primarily focused on the use of garlic for the treatment of cardiovascular diseases and risk factors. Although allicin has been proposed to be the active ingredient within garlic, its poor bioavailability limits its direct effects. The overall effectiveness of garlic probably revolves around the synergistic effect of various organosulfur compounds produced from the metabolism of gglutamylcysteines found within intact garlic bulbs. These compounds may act to inhibit cholesterol synthesis, alter platelet function , and cause smooth-muscle relaxation. In test tube studies garlic has been found to have antibacterial, antiviral, and antifungal activity. However, these actions are less clear in humans. Garlic is also claimed to help prevent heart disease (including atherosclerosis, high cholesterol, and high blood pressure) and cancer. 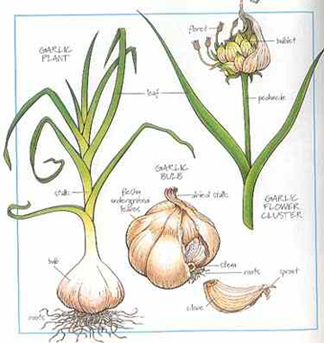